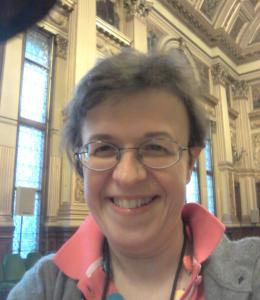 Project: Frances Burney and the Muses

My research project explores the connection between Burney and the “muses,” understood in a broad sense as a metaphor for the arts and for the feminine creative process. The project takes its cue from the proud assertion of her own versatility that – no accident – Burney placed in the dedication to her father at the start of The Wanderer, a novel that has perhaps not yet received its critical due. In this crucial metacritical self-assessment, Burney, now in her sixties and a renowned novelist as well as wife and mother, recalls the famous “bonfire of the vanities” with which as a 15-year-old she had purged her nascent authorial ambitions. Among the manuscript juvenilia consigned to the flames, Burney lists “Elegies, Odes, Plays, Songs, Stories, Farces – nay, Tragedies and Epic Poems”. This is, of course, an a posteriori reconstruction, and as such all the more significant from a metadiscursive standpoint, if not from a purely biographical one: it shows Burney’s literary production to have been diverse from the start, evidencing (or perhaps imaginatively re-creating, by way of taking stock of her long career) the broad range of Burney’s earliest literary experiments as well as her interest in various art forms and genres.

The project “Frances Burney and the Muses” investigates the semes of Burney’s complex relationship with female learning, creative expression and the interart and intermedia dialogue present throughout her oeuvre. Several aspects of Burney’s artistic and interart dialogue will be addressed, particularly those relating to female agency and creativity in the arts, on the one hand, and, on the other, the fluid use that the author makes of ornamental, uncodified, often ephemeral forms of artistic expression which are usually relegated to the private sphere of the feminine and associated with female accomplishments at the margins of (gentlemanly) professionalism. Finally, and importantly, the project’s explicit epitextual reference to the “muses” addresses the unresolved and deliberately ambiguous epochal tension between the subject and the object of representation (active participant vs source of inspiration), which is closely related to contemporary discourse about artistic vocation, theorizations about gender, and consequently the place of women in the public sphere between the Enlightenment and Romantic cultural moments.

Dr. Francesca Saggini is Professor in English Literature at the Università degli Studi della Tuscia (Viterbo), Italy. She is the author of The Gothic Novel and the Stage. Romantic Appropriations (2015, Honourable mention at the ESSE Book Awards), Backstage in the Novel: Frances Burney and the Theater Arts (2012, Walken Cowen Memorial Prize for an outstanding work in eighteenth-century studies) and La messinscena dell’identità. Teatro e teatralità nel romanzo inglese del Settecento (2004, ‘Mario di Nola’ Prize awarded by the Accademia Nazionale dei Lincei). Francesca’s main field of research is transmediation, in particular adaptations and afterlives, and interart dialogues. Recent publications include Transmedia Creatures. Frankenstein’s Afterlives (co-ed. Anna Enrichetta Soccio, 2018), Gothic Frontiers (co-ed. Glennis Byron, 2012), Housing Fictions. The House in Writing and Culture, 1950 to the Present (co-ed. Janet Larson and Anna Enrichetta Soccio, 2012), The House of Fiction as the House of Life. Representations of the House in Literature and Culture, from Richardson to Woolf (co-ed. Anna Enrichetta Soccio, 2012). She has written extensively on Frances Burney, Jane Austen, the Romantic canon, the Gothic and its transformations across genres and periods. Francesca is the recipient of several international fellowships, including two British Academy-Accademia dei Lincei Fellowships (2002; 2008); the ASECS-McGill Burney Fellowship (2015); a Lucy Cavendish College Visiting Research Fellowship (2017); a FCFP Senior Fellowship at the Freiburg Institute for Advanced Studies (2020).