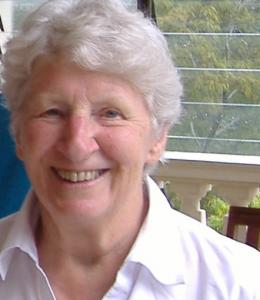 English Literature, The University of Edinburgh

Karina Williamson is an Honorary Fellow in the English Literature department, University of Edinburgh, and a participant in the department’s SWINC project (Scottish Writing in the Nineteenth Century). Her main field of research is Caribbean literature and history, with particular focus on Scottish and Irish observers of slavery and plantation life in the West Indies in the eighteenth to nineteenth century.

She is currently engaged on a full-scale study of Bryan Edwards (1743-1800), politician and historian of the West Indies, and minor poet. Although well known for his forceful opposition to Wilberforce, Edwards was far from being a bigoted pro-slaver: he is justly described as ‘a man of liberal views and benevolent disposition’ by David Brion Davis, one of very few scholars so far to recognize the complexities of Edwards’s outlook and character. She is also collaborating with Ruth Minott Egglestone on research into the life of the Jamaican author Roger Mais (1905-55).

‘ “A proper synthesis of literary and linguistic study”: C.S. Lewis and a forgotten war”’,
in Journal of Literary Semantics 38:2 (2009)

‘The Curious History of Bryan Edwards’s Poems, Written Chiefly in the West-Indies’,
in Journal of the Edinburgh Bibliographical Society 6 (2011)

‘From Arcadia to Bunyah’: Mutation and Diversity in the Pastoral Mode’,
in A Companion to Poetic Genre, ed. E. Martiny (Chichester: Wiley-Blackwell, 2011)