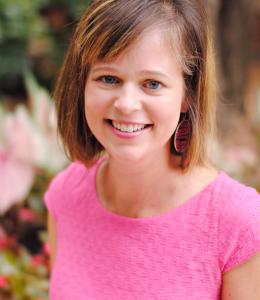 Dr Ashli Quesinberry Stokes (PhD, University of Georgia) is a Professor of Communication Studies and former Director of the Center for the Study of the New South at the University of North Carolina at Charlotte. She will begin the Fulbright Scotland Visiting Professorship at the University of Edinburgh in January 2021. Stokes’ research about communicating identity in the Southern food movement has been described as “a call to action.” She recently edited City Places, Country Spaces: Rhetorical Explorations of the Urban/Rural Divide (Peter Lang), and co-authored Consuming Identity: The Role of Food in Redefining the South with Wendy Atkins-Sayre (University of Mississippi Press). Her research exploring intersections between identity, activism, and regions has been featured in leading academic outlets such as the Southern Communication Journal, Public Relations Inquiry, Journal of Public Interest Communications, and Journal of Public Relations Research and includes four books, while she also contributes to local and national media, such as the Smithsonian/Zocalo Public Square, Academic Minute, NPR, and The Counter. Recipient of the National Communication Association Public Relations Division PRIDE Award for public relations pedagogy and the Janice Hocker Rushing Early Career Research Award from the Southern States Communication Association, Stokes has also received external funding from the North Carolina Humanities Council and other agencies to support her research. Stokes teaches courses on Southern foodways, rhetoric, and public advocacy.

Stokes will be at IASH from July through December, where she will use food as a lens to better understand contemporary Appalachian American and Scottish identity, conducting fieldwork, analyzing food organizations and restaurants, and interviewing consumers. Joining the University’s FRIED network of food researchers, she plans to cook for its graduate students, inviting them to blog along with her about the nation’s cultural identity as seen through its food. In addition to bringing traditional Southern Appalachian ingredients in her suitcase, Stokes’ family will also experience Scotland’s unique culture by eating their way around the country and talking to its people. They’re pretty excited.

This project explores how food rhetoric informs U.S. Appalachian Scots-Irish and Scottish identity. By tracing the patterns of Appalachian foodways, or what we eat, what it means, and why it matters, in Scotland, it examines how Scots talk about identity through foods that may be seen in how Appalachian Americans continue to talk about them. The project analyzes how foodways help citizens advocate for better cultural representation and social change outcomes. Through a cross-cultural, cross-national study, it uses food as a lens to better understand contemporary Appalachian and Scottish identity, theorizing implications for regionalism, sectarianism, and nationalism in today’s global world.