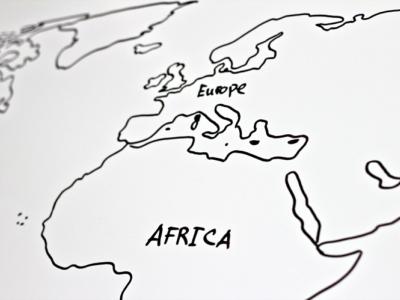 The African Dilemmas: Entangled Histories, Partnerships, and Issues of Development

Organised by IASH Postdoctoral Fellow Dr George Njung (University of the Witwatersrand, and chair of day 1), on 17th and 18th March 2021, this two-day virtual interdisciplinary and multidisciplinary workshop summoned nine academics from across continents, countries, and universities, who explored centuries-long entangled relations and partnerships between Africa and the Global North. They made empirical, conceptual, theoretical, and paradigmatic propositions.

On day 1, Walter Nkwi (University of Leiden) explored China’s new partnership with Africa with emphasis on road construction in Cameroon; Doreen Kembabazi (Ghent University) presented on a US-originated based birth control project in Uganda in the 1960s and 1970s which emerged as a form of reproductive exploitation of Ugandan women and legitimized globally racialized birth controls on black races; Ruth Murambadoro (University of the Witwatersrand, and chair of day 2) discussed the deleterious and injurious implications of the Zimbabwean health system on expecting mothers; Edwin Etieyibo (University of the Witwatersrand) employed philosophical epistemologies to map out Western injustices towards Africa, arguing that Western sensibilities to global justice can be awoken by use of the concept of cosmopolitanism. Womai Song (Earlham College) capped the day on OAU’s relations with Europe, 1963-2002, demonstrating how OAU’s entangled relations with Europe turned the organization to Europe’s neocolonialist tool over Africa.

Roland Ngam (University of the Witwatersrand) opened day 2 on the legacy of exploitation of Africa by the Global North through food regimes and failed policies of the Bretton Woods Institutions on the continent and proposed that the solution for Africa lies in ‘degrowth and indigenization’; Eric Njinuwo (University of the Witwatersrand) argued for Africa’s reliance on ‘indigenous cultures’ as alternative paths to the continent’s development; Nicodemus Awasom (University of Ghana) was concerned with how the United Nations Trusteeship System failed in its mission to deliver independence to the British Cameroons. Hlengiwe Dlamini (University of the Free State) ended the workshop with an exploration of Eswatini’s exceptional colonial experience with the British which led rather to the consolidation and reinvention of the kingdom’s traditional governance.

Generally, concerns from attendees and panelists focused on alternative and more mutually beneficial ways in which Africa can and should relate with the Global North. Although it was always intended that the papers at the workshop would foreshadow an edited book volume, the workshop far exceeded expectations that it has made the idea of an anthology even more convincing and feasible. The edited book project is being launched and presenters have agreed to rework on their papers as book chapters. The call is being extended for a few more chapters from others outside the workshop. The book is estimated to be in print by 2022/2023.

The organisers are grateful to Dr Ben Watson-Fletcher (IASH administrator) for making the workshop possible, to Professor Steve Yearley (Director of IASH) for his introductory remarks at the workshop, to Cathy Naughton for setting up the zoom webinar, and to all the panelists and attendees who made this workshop a resounding success. The workshop was funded from the IASH Susan Manning Workshop fund.